YES. YOU ABSOLUTELY SHOULD HIRE A LAWYER FOR YOUR PERSONAL INJURY

YES. YOU ABSOLUTELY SHOULD HIRE A LAWYER FOR YOUR PERSONAL INJURY

Injury Victims With Lawyers Do Better Than Those Without Lawyers

It’s a painful reality, but hundreds of thousands of Americans will have car accidents this year. Another 500,000 or so will be seriously injured or killed by negligent healthcare providers. About a million will be seriously hurt or killed in falls and other injuries caused by careless property owners, according to the Centers for Disease Control and Prevention (CDC). When people are hurt by others, there’s a natural tendency to not want to sue. This is partly because the media and tort reform advocates have poured billions of dollars into brainwashing the public to think that using the civil justice system is wrong.

Of course, this entirely ignores the 7th Amendment, which says that you have a right to do so. Funny how many people who strongly defend Constitutional rights like freedom of speech and the right to bear arms often feel people should forego their rights to pursue justice through the courts.

Nevertheless, the fact is very few injury claims are even filed as lawsuits. In fact, some sources estimate that as many as 97% of all civil claims are settled without a jury trial. Most can be handled through out-of-court negotiations. Of those that are filed, only a small fraction go before a jury. But those who choose to go it alone with their claims often end up miserably under-compensated or stuck holding the bag with tons of medical bills. If there is one thing a reader can take away from this article, it is this: It’s not just about the money!

So, let’s get right to the heart of the matter. Why should you hire a personal injury lawyer to help with your case? Well, there are probably about 10 straightforward arguments for hiring a lawyer and really not any good ones against it. But to be fair, we’ll start with just a few possible reasons someone might choose NOT to hire a lawyer.

Many people choose not to hire a personal injury lawyer, because they fear they will have to pay too much. Of course, personal injury lawyers generally only get paid from the final recovery, so this is not much of an excuse. But it makes sense that people would feel like they are giving up too much of their recovery to a lawyer.

Some people feel like hiring a lawyer makes them a bad person or greedy. They’ve heard stories that they think demonstrate frivolous lawsuits or maybe a family member has told them only certain kinds of people file personal injury lawsuits. In many ways, it’s a matter or pride, and maybe a bit of prejudice to go along with it.

Finally, there are people who simply figure they are smart enough to “figure it out” and explain things to the insurance company. Anyone can fall into this trap, but it’s usually highly educated people with a lot of experience in their own professions. After all, they say, “I’m an engineer, physician, etc…, I’m more than capable of negotiating a settlement. Why should I hire a lawyer?”  Instead of looking at it that way, flip the argument. Do you mean to suggest that anyone can just step into an operating room and figure out surgery?  Can anyone just figure out how to engineer a structure?  Would you expect someone else to perform your professional tasks without any experience or training? Probably not.

So, we know why people often choose NOT to hire a lawyer for their injury claim. Now, let’s take a look at 10 very serious reasons why you absolutely SHOULD use a lawyer to

#1 Your Time is Valuable

The biggest reason for hiring a lawyer has nothing to do with the money you might recover. Instead, it’s about the money and time you save by having a lawyer. When you hire a lawyer, you remove an enormous burden from yourself and your loved ones. In an average auto accident case, there will be no less than 5 insurance and/or claims representatives involved. Do you really want to spend your days managing multiple phone calls, letters and faxes from the following?

A lawyer literally takes all of these calls for you, resolves them, documents them, and makes sure deadlines and regulations are met. Do you think a wealthy person or highly paid corporate CEO would waste their time with these activities? Not a chance. They would hire someone to manage these things. A lawyer’s office will have staff on hand to do all of this for you. That alone is worth a great deal.

#2 You Are Emotionally Too Close to Your Case

Next, ask yourself whether you care at all about what happens. The clear answer is almost certainly yes. People always care about their own health and financial wellness. Injury cases are personal and frightening. When you are emotionally attached to a dispute or other legal matter, it can be very hard to make calculated decisions. By hiring someone who is emotionally detached, you stand a much better chance.

#3 You’ve Never Done it Before – Do You Really Want to Practice on Yourself?

This may seem obvious, but do you really want to practice on yourself? It’s one thing to go try to change your oil for the first time by practicing on an old beater pickup truck in the garage, but would you consider “tinkering” with a brand new Mercedes if you’d never done car repair before? Just think of all the things that can go wrong.  If you hire a lawyer who has handled hundreds or even thousands of injury claims, it’s a lot like trusting that high-performance car to a trained mechanic.

While money should never be your sole motivation, a 2014 study by the Insurance Research Council (IRC) revealed that people who used a lawyer for their auto accident claims received on average 40% more money than those who negotiated for themselves. Likewise, the IRC also reported that about 85% of all settlement funds and judgments paid by insurance companies each year is paid to people with lawyers. So, ultimately, it makes very little sense statistically to try to gamble on your case by going it alone.

No matter how many movies you’ve seen or how much you read in the legal books available to the public, there is simply no way you are going to successfully try your case in front of a jury. Yes, there have been maybe a couple rare examples out there of people succeeding at this, but it’s just not realistic. When you are not represented by a lawyer, the insurance company sees you as NOT a risk. You have no leverage. It’s like going into a bar fight blindfolded. The insurance company knows they can offer you whatever they want, and you really can’t do much about it. With a skilled trial lawyer handling your case, there is an ever-present threat that if the insurance company doesn’t act right, your lawyer will sue, take it to a jury, and hit them with a steep verdict.

#6 You can’t Afford the Medical Bills

#7 The Realities of Healthcare Liens and Setoffs

Do you understand how healthcare liens are assessed, adjusted and collected? What if your health insurance company pays the bill for one of your providers and wants to be reimbursed? Do you know when you are legally required to reimburse them and when you don’t have to? Liens can be very challenging to resolve, leaving you with way less money than you expected.

It could easily cost several thousand dollars to pursue your case. You will need to obtain complete medical charts and billing statements. Providers charge for these. If you have to litigate, you’ll pay for:

An attorney can advance these expenses on your behalf and if the case goes badly, they simply write them off. If you win or settle, the lawyer just gets reimbursed what they advanced…and almost always without any interest.

#9 You Could End Up Losing More than Your Case

One prospective client a few years back settled her case with the insurance company for $20,000. About a month after signing the release agreement, she got her check…for $1,400.00.

When she called to complain and ask why the check was so small, the insurance adjuster laughed and explained that there were liens that had to be paid. It’s all in the contract for settlement, he said. Sure enough, upon review, the release agreement said that the settlement was inclusive of all rights of subrogation. Turns out her health insurance company had paid about $15,000 for her medical care and asserted a lien for reimbursement. The insurance company did not feel the need to share this information with her.

Plus, her own insurance company had advanced medical payments of about $3,600.00 for some therapy bills. They too had to be paid back. In the end, there was nothing we could do for this person, because she had already resolved her claim and accepted practically nothing without realizing it.

#10 It is Your Right to Have a Lawyer

Ultimately, the 7th Amendment gives you the right to pursue compensation through a jury trial. It is the threat of a jury that keeps insurance companies honest and willing to pay. You have a right to hire an attorney to protect you. Why would you ever give up one of your rights?

At Jerome, Lindsay & Salmi, LLP, we don’t just guide our clients to the finish line, we assist with each stage of the process, carefully helping our clients understand their rights and options. While maximum compensation is the goal, helping injured people return to work, get back to their lives, and improve their financial health after a serious injury are all part of what we do.

If you’re suffering after an auto accident, a serious fall, or some other type of injury, give us a call and schedule a time to sit down with an experienced attorney who can put your interests first.

Get a free face-to-face consultation with an experienced injury lawyer now. 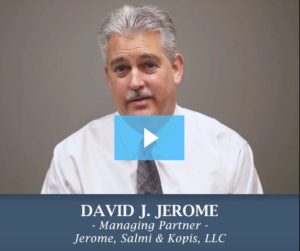 If you sustained a work-related injury in Missouri, you have 30 days to provide written notice to your employer. We recommend doing so by way of an email or text, so you have documentation of that. Notice if you have further questions feel free to contact us at. 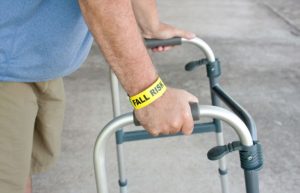 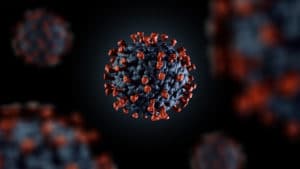 Read more on our blog.