The Rise in Car Accidents – Teens and Snapchat 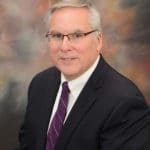 In both Illinois and Missouri, it is against the law to text and drive, or to drive with a handheld device. Young people in particular are most likely to text while they drive but a disturbing new study shows that they are also likely to use Snapchat while behind the wheel. Snapchat is one of the latest social media crazes. The app shows short pictures and videos shared by users, which then disappear after a brief period of time. It is important everyone knows the dangers of using Snapchat behind the wheel, and how parents can prevent their kids from engaging in such behavior.

Contact Jerome, Salmi & Kopis, LLC today to talk with a lawyer who can help you through the process.

The Study On Snapchat and Car Accidents

The recent study, on Snapchat and teen drivers, conducted at Queensland University of Technology in Australia surveyed over 500 young drivers. The researchers asked the teens about their driving habits. Research found one in six drivers aged 17 to 25 admitted to using Snapchat while they are behind the wheel. Of those surveyed, 16 percent stated they had opened Snapchat on their phones while they were driving. Of this group, 15 percent of people said they sent videos and photos while they were driving.

Not only are young drivers more likely to open Snapchat while they are driving, but the majority of people surveyed also stated that they were not concerned with getting caught by law enforcement. They also stated they opened the app because they wanted to share something they had seen while they were driving.

The Dangers of Snapchatting While Driving

It may only take a few seconds to snap a video or picture and share it with someone, which may be part of the reason young people may not think doing so is dangerous. However, Snapchatting while operating a motor vehicle is considered distracted driving, a behavior that takes thousands of lives each year.

According to the National Highway Traffic Safety Administration (NHTSA), distracted driving injures over 400,000 people every year, and is responsible for up to 3,000 fatalities annually. There are many things drivers can do while they are behind the wheel that may seem harmless, but are actually large distractions. The NHTSA also defines three different types of distractions. These include:

Since Snapchatting is considered texting and driving, it is illegal in most states, including Missouri and Illinois. Snapchatting also combines the three main types of distractions, which makes it particularly dangerous for people on the road.

The Stats on Teen Drivers

Teen drivers are already considered a group most at risk when they are behind the wheel. When they are looking at their phone or are otherwise distracted, they are even more at risk of being involved in a serious crash. Motor vehicle accidents account for approximately one-third of all teen deaths throughout the country. Other sobering statistics provided by the NHTSA on teen drivers are as follows:

Over the past few years, social media sites such as Snapchat are commonly cited as a major factor in motor vehicle accidents resulting in injuries. This is particularly true in crashes that involve teen drivers. While many lawsuits have been filed against drivers who used Snapchat and caused a crash, these cases are likely going to increase in the coming years. The problem is so bad, the creators and app developers started to take notice. Snapchat has a warning right within the app warning telling motorists to not “Snap and Drive.”

How to Prevent Teens from Driving While Distracted

All parents want their children to remain safe while they are behind the wheel, and having a teenager with a driver’s license is a concern for many. It may seem there is nothing parents can do to stop teens from Snapchatting behind the wheel, but fortunately that is not true. First and foremost, parents should always talk to their teens about the dangers of driving while distracted, backing up their arguments with facts and figures when they do. For parents that think these conversations are not enough, there are other things they can do. These include:

Following the above tips helps prevent the injuries and fatalities caused by distracted driving.

Call Our Car Accident Lawyers in Illinois and Missouri Today

Distracted driving causes thousands of crashes every year, and these accidents are entirely preventable. At the Law Office of Jerome Salmi Kopis, LLC, our car accident lawyers in Missouri and Illinois can help you file a lawsuit against the negligent driver to recover the damages you need during your recovery. Call us today at (618) 726-2222 or fill out our online form to schedule a free consultation and to learn more about how we can help with your case.

Steps to Take Once in an Accident in Illinois

Most people will be involved in a car accident at some point in their lives. The majority of these crashes are nothing more than minor fender benders, but some accidents are much more serious. Regardless of the type of crash you are in, there are several steps you must take to protect yourself, and any 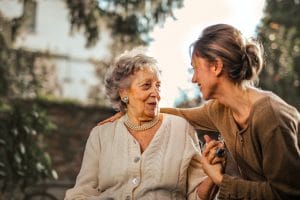 The majority of nursing homes in Illinois and Missouri provide their residents with the care and support they need. Unfortunately, elder abuse has become much more common in recent years, and it often occurs in nursing homes. Many people know this, which is why placing a loved one in a facility is such a difficult 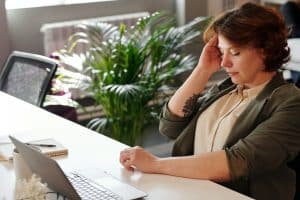 Can You Quit Your Job While on Workers’ Comp?

Regardless of the reason you want to leave your job, you may wonder if quitting will affect the workers’ compensation benefits you are currently receiving, or those you will receive in the future. You may also think that you simply have to stay put until your workers’ compensation case is closed. Fortunately, that is not

Read more on our blog.