Is Illinois a No-Fault State? 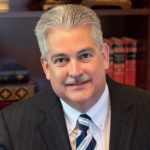 After an accident in Illinois, many drivers often wonder what the next steps are. Illinois is not a no-fault state, which can make the aftermath of an accident even more complex. While all accident victims should work with a personal injury lawyer after a car accident, it is even more important in states such as Illinois that do not follow no-fault laws.

Request a free consultation with an experienced car accident attorney from Jerome, Salmi & Kopis, LLC. Headquartered in Fairview Heights, IL, we serve all of southern Illinois and eastern Missouri.

Illinois follows tort, or fault, law after a car accident. Like other torts, accident victims must file a claim against the negligent or careless driver before they can claim compensation for their medical expenses, lost income, pain and suffering, and more. Unlike states that follow no-fault laws, there is no injury threshold in Illinois. Regardless of the injury sustained, accident victims can file a claim for compensation.

The minimum amounts of insurance drivers are required to carry in the state may make it sound as though there is plenty of compensation available after a crash. Unfortunately, the minimums are not usually enough to fully cover a person’s losses after a crash. Compensation is intended to fully cover an accident victim’s medical expenses, lost income, pain and suffering, and all of their other losses.

If the minimum amounts of insurance are not enough to fully cover an accident victim’s losses, they can file a claim directly against the at-fault driver. It is for this reason that drivers are always encouraged to purchase more than the minimum auto insurance requirements. While more coverage will come at a slightly higher cost, it is worth it if someone is found liable after an accident.

Proving Fault After a Car Accident

Whether an accident victim files a personal injury claim with the negligent party’s insurance company or files a lawsuit directly against the at-fault driver, they must prove that the other driver was to blame. The burden of proof is on the accident victim. Proving fault after a car accident is similar to proving fault in any other type of personal injury case, and it is just as challenging to do.

Defendants in car accident claims will often raise the argument of comparative fault to reduce the amount of damages they are liable for paying. These arguments are sometimes difficult for accident victims to refute, particularly when they are trying to recover from serious injuries. An Illinois personal injury lawyer will know how to defend against these claims so injured individuals can recover the full damages they deserve.

If it is found that an accident victim contributed to the accident that caused their injuries, any compensation they receive can be reduced by their same percentage of fault.

For example, a driver may have crashed into an accident victim making a left turn in an intersection. It may be found that the accident victim was making an unsafe left turn, so they may be found 20 percent at fault for the crash. However, the court may also assign the defendant 80 percent of the blame for speeding. When defendants are successful with the argument of comparative fault, any compensation they receive is then reduced by the same percentage of the plaintiff’s fault. In this example, the plaintiff’s compensation would be reduced by 20 percent.

Illinois is not a no-fault state when it comes to car accidents, which can make it even more difficult for you to claim the compensation you need after a crash. At the Law Office of Jerome, Salmi & Kopis, LLC, our experienced car accident attorneys can prove your claim and refute arguments that you were at fault, so you claim the full settlement you deserve. If you or someone you love has been hurt in a crash, contact us today to schedule a free consultation with one of our seasoned attorneys and learn more about how we can help. 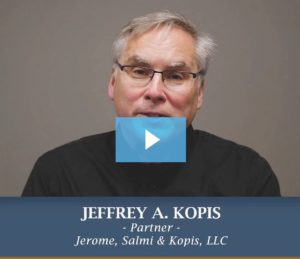 WHAT TO DO AFTER A SLIP-AND-FALL ACCIDENT 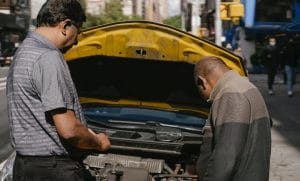 Steps to Take Once in an Accident in Illinois

Most people will be involved in a car accident at some point in their lives. The majority of these crashes are nothing more than minor fender benders, but some accidents are much more serious. Regardless of the type of crash you are in, there are several steps you must take to protect yourself, and any 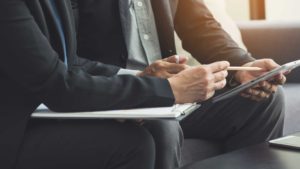 Workplace accidents happen every day in Illinois, and fortunately, most people are able to survive them. Sadly, some do not. When a workplace accident is fatal, loved ones are left grieving and worrying about how they will meet their financial obligations. Under the Workers’ Compensation Act, surviving loved ones can often receive death benefits that